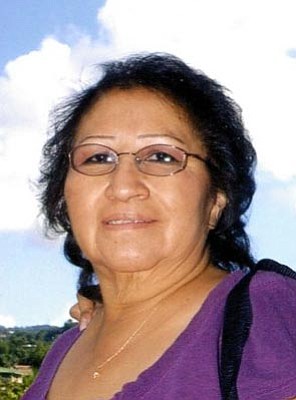 Linda grew up in Clarkdale, Ariz., and graduated from Mingus Union High School in 1964. She moved to Kingman, Ariz., shortly after, where she started a family and worked in various places throughout her time there. She returned to the Yavapai-Prescott Indian Tribe reservation in Prescott, Ariz., in early 1980, and planted her roots here for the remainder of her life. As a member of the Tribe, she served on the Board of Directors and worked for the Tribe for many years. One thing you could count on Linda doing is being there for her entire family and supporting each and every one of them.

She was predeceased by her parents; grandchildren Leonard "Aleo," Eric and Tony; brothers Howard and Emory Sr.; and sister Geraldine Tapija.

Visitation is from 5 to 8 p.m. on Friday, July 25, 2014, at Arizona Ruffner Wakelin Funeral Home, corner of Cortez and Carleton streets. Funeral service is at noon on Saturday, July 26, 2014 at the Yavapai-Prescott Indian Tribe Gathering Center with Burial following at YPIT cemetery.