Editorial: Texting ban could save lives 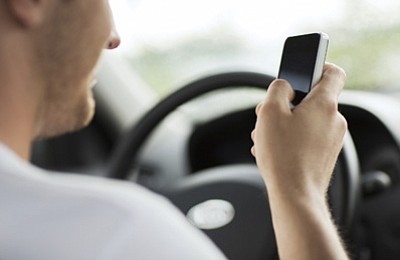 What state lawmakers refuse to do, municipalities are considering. Namely, we're talking about banning texting while driving.

Several times now, Rep. Karen Fann, R-Prescott, has worked to advance a bill banning texting while driving. Her latest bill focused on young drivers, to eliminate distractions. Despite knowing the numbers of accidents - some fatal, such as Stacey Stubbs of Chino Valley who died in 2007; the other driver was a teenager who was texting - the House refused Fann's proposal this spring.

In steps the City of Flagstaff. Drivers and cyclists there may be banned from texting on their mobile devices after an ordinance approved by the City Council this week. The Arizona Daily Sun reports that the ordinance bans writing, sending or reading text messages while in motion - meaning drivers of vehicles and bicyclists.

The ordinance would allow drivers and bicyclists to look at their phones when stopped at a traffic light. Final approval of the ordinance is expected July 15. The law would then officially take effect 30 days later, the Sun reported.

Knowing that Prescott-area drivers have had problems with distracted driving in the recent past, this is an issue whose time has come for this area.

Those who regularly break this practice - by driving and texting anyway - should be happy if the City of Prescott or its neighbors banned only texting. The Flagstaff ban doesn't apply to talking on a mobile phone since Coconino County has already adopted that prohibition. (Attention, Yavapai County Board of Supervisors.) Coconino County has delayed issuing tickets to allow for a six-month trial period, but enforcement is coming.

Oh, and what could they do if you violate these laws? Fines for violating the Flagstaff texting ban would range from $100 to $250.

That's an expensive text, on average more than a dollar per word.