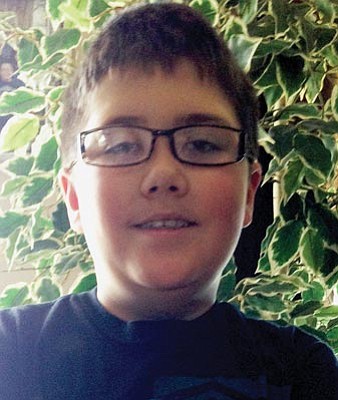 Dylan is a 10-year-old boy in the fourth grade at Coyote Springs Elementary School. He lives with his mom, grandparents and brother in Prescott Valley. He likes school, he said gets mostly As and Bs, and his favorite subject is math. His mom Diana said that Dylan is a really good reader, is very caring and resilient, and gets along well with people.

Dylan said his mom is the most important thing in his life and that he doesn't know his dad at all. Diana would like to have a Big for Dylan who has a little life experience and possibly children of his own. Diana hopes that having a male in his life will help Dylan with his self-esteem, and help him to see that there are men who can be trusted. Dylan wants a Big who has a good personality, is really nice and maybe likes to jump on the trampoline.

Dylan will be joining a basketball team soon, which he is pretty excited about. He knows how to play the flute, likes arts and crafts and loves building things with Legos. He said the only thing he knows how to cook is ramen, but wouldn't mind learning to cook.

How matches happen Yavapai Big Brothers Big Sisters is funded by your donations, and it costs about $1,000 to match a child. The Match Advisor works with the child, parent/guardian and potential Big to find the best possible match for all involved.

January is National Mentoring Month, and we would like to honor and thank our wonderful Bigs who have made such a difference in their Littles' lives.