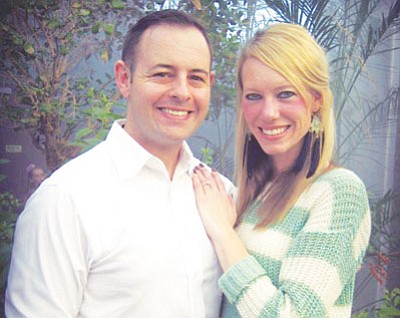 Glenn Grovenstein and Darcy Morger-Grovenstein of Prescott Valley along with Steve and Missy Conrad of Flagstaff are pleased to announce the engagement of their children, Chief Warrant Officer Whitney Grovenstein to Miss Kayla Conrad.

Kayla is a 2005 graduate of Prescott High School and Whitney is a 2002 graduate of Bradshaw Mountain High School. They both hold degrees in Education from NAU.

Kayla is an elementary teacher and Whitney flies AH-64 Apache Helicopters in the U.S. Army.

A June 21 wedding is planned in Flagstaff.