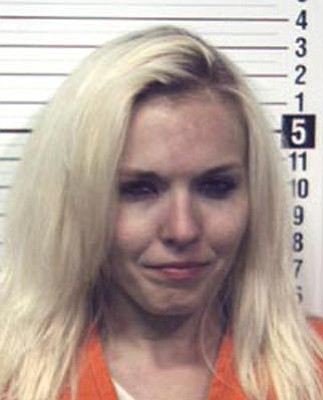 PRESCOTT - A woman who was on probation after being arrested for forging prescriptions was caught with drug paraphernalia and has been sentenced to a year in prison.

Prescott police booked Stevie Lynn Caylor, 25, of Prescott into the Yavapai County Jail in Camp Verde in July 2011 on charges of forgery and fraud schemes after she tried to buy oxycodone at a pharmacy with a forged prescription.

She took a plea deal and was sentenced to probation. While she was on probation, she was stopped for a traffic violation, and the officer arrested her for possession of drug paraphernalia. She also lied about her identity, according to a police probable cause statement.

On Friday, Superior Court Judge Celé Hancock imposed a one-year sentence on each of five counts, noting that they would be served concurrently.