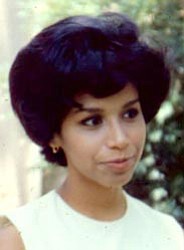 Dolores Josephine Hernandez Henry, 70, died peacefully in her home on Feb. 13, 2014. Dolores was a loving wife, a sister, a caring mother and grandmother, and a beloved nurse.

Dolores was born on March 31, 1943, in San Antonio, Texas, where she graduated from Providence High School. She received her nursing diploma from James R. Dougherty School of Nursing in Corpus Christi, Texas. She and her husband lived throughout the United States, eventually settling in Prescott, Ariz., in 1990, where she worked as a registered nurse for the Veterans Affairs Medical Center. As a nurse, Dolores was well-loved by her patients and peers. After a long career as a RN, she quietly retired in 2004. In 2012, she and her husband took up part-time residence in Provo, Utah, to spend time with their children and grandchildren.

She is survived by Charles "Chuck," her husband of 48 years; two sons and their spouses, Charles (Laura) and Thomas (Marianna); and her five grandchildren, Shelby, Cole, Ella, Vaughna and Jane.