A MAN OF VISION: Sedona festival to feature Soleri's story 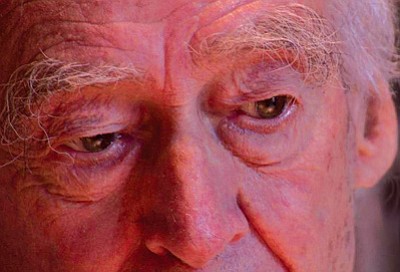 Courtesy photo<br> The Vision Of Paolo Soleri: Prophet In The Desert, will screen at the Sedona International Film Festival Feb. 25 and 28.

The Vision Of Paolo Soleri: Prophet In The Desert, the story of an unprecedented artistic quest, will be screening at the Sedona International Film Festival Feb. 25 and 28.

Soleri, architect, philosopher and artist, passed away in April 2013 at age 93, 54 years to the day of his mentor Frank Lloyd Wright.

Known as the father of Arcology - the merging of architecture and ecology- and the 2006 recipient of the Smithsonian's Cooper Hewitt National Lifetime Achievement for Design Excellence Award, Soleri was buried next to his wife, Colly, at Arcosanti, the prototype for his innovative and forward-thinking designs near Cordes Junction.

Music from Andrea Bocelli, Jared Leto /Thirty Seconds To Mars, and Beethoven's Symphony No.5 op.67, conducted by Leonard Bernstein, is included in the score.

Filming took place in Soleri's native Italy, as well as in Washington, D.C., and several locations in California and Arizona.

The film's producer, writer, director, editor and founder of Mona Lisa Film Productions, Lisa Scafuro, became friends with Soleri after a 17-year career in architecture and construction, when she moved to Arizona. Inspired by his life's work, the idea to produce the film, "The Vision Of Paolo Soleri," began in 1998 when Scafuro met Ken Burns at Taliesin for the unveiling of his documentary, "Frank Lloyd Wright."