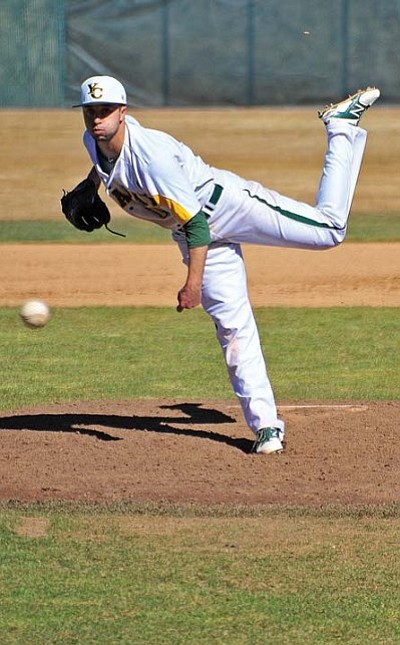 The Roughriders, who had won four of five to open the season before making their spring debut at home, lost 4-3 in the opening game and 10-5 in the nightcap. Salt Lake, meanwhile, had lost two of its first three of the season before visiting Prescott.

The Bruins rallied with four runs in the top of the seventh inning in the seven-inning opener. YC got off to a 1-0 lead in the second inning, and added two more runs in the bottom of the fifth.

Freshman catcher Zach Willis' RBI-single ended up being the winner for Salt Lake.

In the second game, the Roughriders found themselves down 5-0 by the fourth inning, but stormed back with a 4-spot in the bottom half of the fourth.

Salt Lake (3-3) answered with a run in the sixth and four more in the eighth to break the game open, although Yavapai out-hit the Bruins 12-7 overall.

Yavapai (4-3) continues its home stand when the South Mountain Cougars visit Roughrider Park for a Saturday doubleheader starting at noon. YC is in the midst of five straight ballgames in Prescott and seven of eight at home overall.