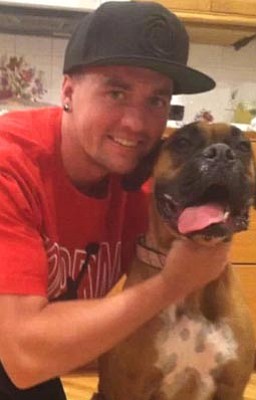 Preston Terry Myers was born Oct. 28, 1987, to Brad A. Myers and Lori Lee Batchelor Myers. He passed away surrounded by his family, and returned to his Heavenly Father on Feb. 5, 2014, in Prescott, Ariz.

Although born in Phoenix, Ariz., he lived in St. George, Utah, for most of his life, including his elementary, middle, and high school years. He married Lexie Ollie Petersen, and though they later divorced, she held a special place in his heart.

At a young age he developed a passion for his true loves: basketball, fishing, golf, anything that involved riding on a board, video games, and friends, many of which were girls. He loved to cheer for the underdog, which might explain his unwavering loyalty to the Utah Jazz. He is a bright and wonderful soul who loves to laugh and help others do the same. He absolutely adored little children. His nephews Jackson and Henry are his favorites. Preston loved being with his family and he teased and joked with them as much as possible. Preston's unique and wonderful personality allowed him to walk in many circles, thus making friends from every race, religion and nationality. He loved them all. He was a huge "Harry Potter" fan and claimed to be from the House of Slytherin. He and his trusty boxer dog named Floyd had many adventures and he called him his son. Preston touched many lives and will be EXTREMELY missed and NEVER forgotten. He is now in his Heavenly Father's care and watching over us.

The family wishes to thank the Yavapai Regional Medical Center ICU Team in Prescott for their kind and loving service to us and our son. We will be forever grateful.

Arrangements made under the direction of Spilsbury Mortuary, 435-673-2454. Friends and family are invited to sign the guestbook of Preston Terry Myers at www.spilsburymortuary.com.