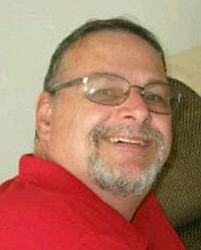 Donald Edward Fenn Jr. passed away peacefully on Jan. 23, 2014, at home surrounded by his family. Donald was born Oct. 5, 1957, in Englewood, N.J. He moved to Arizona in 1972 at the age of 15. Don has been an avid train enthusiast his entire life. Donald worked in the emergency medical services field for 32 years. The last 15 years he was a paramedic.

Don married Donna in 1979 and they were blessed with three beautiful children. He moved to Prescott Valley, Ariz., in 2007, and has spent the last six years with Gina. Don and Gina were happily married on Jan. 21, 2014.

Don is preceded in death by his father, Donald Fenn Sr. He is survived by his mother Edith; wife Gina; children Jamie, Donald and Ryan; two grandchildren; one brother; four sisters; and by many nieces and nephews, all of whom he loved dearly.