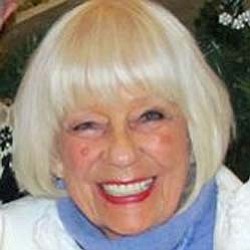 She was born in Vasa, Minn., to the late Clair and Elizabeth Willis on Dec. 18, 1930. Clareen attended Winona State College where she met her husband, John Barrett. She married John in 1949 and they lived together in seven states before settling in Prescott Valley.

Clareen was a passionate artist and used her creative talents throughout her life in many endeavors. To Clareen, art was a universal language that had the power to comfort, create, communicate and counsel. Her painting titled "Food for Peace" won a national competition and was selected to hang in the White House Executive Offices in the nation's capital.

She also loved to travel, and her travel was the subject of many of her paintings.

Later in her life, she donated much of her time and work to charitable causes. Clareen was an active member of Emmanuel Lutheran Church in Prescott Valley.

Clareen is survived by her husband John; and by their three daughters, Debbi Helmer-Wood of Prescott, Robin Barrett of Kensington, Calif., and Jan Beam of Prescott. She is also survived by four grandchildren and eight great-grandchildren.

In lieu of flowers, donations may be made for the creation of "Clareen's Corner" at Emmanuel Lutheran where children and adults alike can explore their creativity with art.

A memorial service will be at 11 a.m. on Saturday, Feb. 1, 2014, at the Emmanuel Lutheran Church in Prescott Valley.