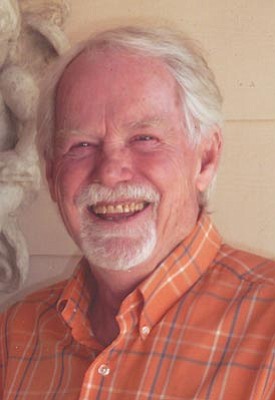 Michael John Scully died on Jan. 25, 2014, at the age of 74. His death was due to PSP, a rare and progressive neurological disorder for which there is no cure.

Mike was an extraordinary husband, a dedicated father and embracing stepfather, a joyous grandfather, a steadfast brother, and a beautifully generous soul to his many friends. His eyes sparkled for friends and family like the lakes and ponds he loved to visit, and he released his laugh as steadily as the waves.

stepchildren Peter, Nancy and Julie; a sister Mary and their loving spouses. He

was blessed with nine grandchildren. His first wife, Mary Sue, predeceased him in 1974. His stepchildren coined the phrase "The Mike Scully Club" to describe other men who are kind, generous and loving.

Born in Iowa and raised in California, Mike joined the National Guard and lived in southern California. Mike built a second career in Prescott as a well-known Realtor and was recognized several times as Realtor of the Year. His success was built on a strong work ethic and a genuine interest in helping people. He developed Aspens on the Creek, and his renovation of an historic Union Street property in Prescott earned a Best Restoration of an historic home award. Mike and Joyce shared a passion for interior design, and he was admired for his style, creativity and love of art. He was an accomplished woodworker and amateur sculptor whose creations graced not only their homes but those of others who were fortunate to receive his handmade works of art.

Mike's love of conversation earned him many friends and a few surprises. He met Joyce while chatting in line at a bank, and for three subsequent decades, they traveled widely and lived life fully, residing in San Miguel de Allende, Mexico, for several years. In his travels, he was always sure to visit cathedrals to honor his Catholic faith, galleries to fulfill his creative interests, and bakeries to satisfy his legendary sweet tooth.

A celebration of his life will be at 2 p.m. Feb. 22, 2014, at Las Fuentes, 1035 Scott Drive in Prescott. In lieu of flowers, the family invites you to make a donation to Hospice of the Pines. His body was donated to Science Care for medical research.