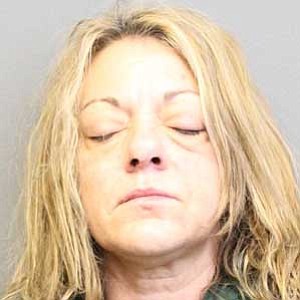 Police officers were the first to arrive at the fire in the 1900 block of Susan Street on Thursday, responding to a report of a 911 call that disconnected. They saw smoke coming from the home and asked for the fire department to respond.

Through a partially open door, officers saw Peters on the floor and called out to her, but she did not answer, Schaan said.

Three officers went into the smoke-filled home to reach Peters and drag her out, he said, but she became combative, kicking, punching, and screaming at the officers. They restrained her and moved her out to safety.

Officers also knew a man lived in the home and went back inside to search for him, Schaan said. They had to get out of the heavy smoke for their own safety, and learned he was not home when they were back outside.

Based on the information and evidence collected by detectives, police took Peters into custody and booked her into the Camp Verde jail after she was treated at the hospital for smoke inhalation.