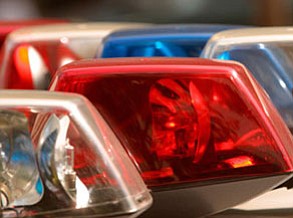 SEDONA - A moderate earthquake that struck northern Arizona was widely felt around the tourist town of Sedona and as far away as Paulden, but there were no reports of injury or damage.

The U.S. Geological Survey says the magnitude-4.7 temblor that hit at 10:58 p.m. Sunday was centered 7 miles north of Sedona and 6 miles underground.

Area residents reported feeling shaking and swaying. The USGS website recorded 1,000 responses within an hour of the quake from people - mainly in Flagstaff and Sedona - saying they felt the quake.

The Arizona Department of Transportation says crews removed some rocks and debris in Oak Creek Canyon from Highway 89A, which connects Sedona and the northern Arizona city of Flagstaff.

ADOT says Highway 89A has been checked and declared safe.

The most recent, similar-sized quake to hit northern Arizona happened on March 2, 2005, at 4:13 a.m. It was a 5.1-magnitude earthquake reported southwest of Winslow, according to the USGS.