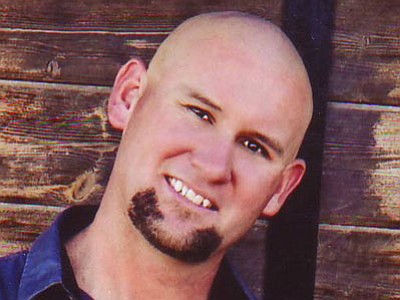 Rob, as he was known, spent much of his youth growing up in Prescott, Ariz., where he attended Abia Judd Elementary School along with Granite Mountain Junior High before eventually graduating from River Valley High School in Mojave Valley, Ariz. After graduating high school, Rob moved with his mother back to Prescott where he met the love of his life, Sabrina, and was married. Rob accepted a job offer from the railroad soon after their wedding and moved to Helendale, Calif., where he started a career with the Burlington/Santa Fe Railroad (BNSF). Rob worked very hard for his family and was well respected by his coworkers for his work ethic.

Rob was a kind-hearted, loving father, husband and friend. Rob truly did live by his father's command to "love one another."

Rob spread sunshine everywhere he went and touched the hearts of everyone he met.

Rob will be truly missed by all he ever touched.

A memorial service took place Saturday, Aug. 23, 2014, in Helendale, Calif., at the Grace Bible Church. In honor of Rob, buy a new pair of Vans shoes and a bright shirt, and go out and treat someone Rob's way.