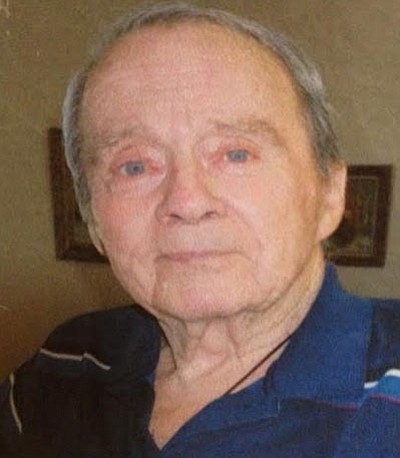 He attended Mount Carmel High School in Chicago. On April 4, 1948, he married Leona Helen Borst, his wife of 60 years and with whom he had four children. After working many years in Chicago as a cement mason, he moved with his family to Phoenix, Ariz. in 1972, where he went to work for the City of Phoenix Department of Parks & Pools. After retirement, he and Leona moved to Dewey, Ariz., where he worked part-time for the Prescott Golf & Country Club.

Joe enjoyed reading, camping and fishing, tinkering under the hood or at his workbench, and visiting with his friends. He also appreciated being a volunteer for Granite Mountain Hospice.

Joe is survived by three of his children, Deborah (Robert) Cummins, Tom (Linda) and Christina (John) Roberts; his three grandchildren Michael, Sam and Addy; his sister Dolores Svazas; and numerous nieces and nephews. Preceding him in death were his wife Leona, his son Joseph, and his parents.

A celebration of life memorial was conducted at Las Fuentes Assisted Living on Monday, Aug. 18, 2014, where he was much loved for his good humor and generosity.