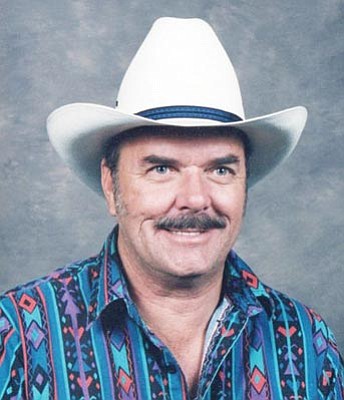 Long-time Prescott resident Jim Riley will be among the headliners performing in the Prescott Opry show tonight at the Prescott Elks Theatre and Performing Arts Center.

The show starts at 7 p.m. Tickets are $17, with senior, group and student discounts available. To buy tickets, call the Elks box office at 777-1370 or log onto www.prescottelkstheater.com. Tickets will also be on sale at the door one hour before the performance begins.

Riley moved to Prescott from Canada in 1948 and has been involved with music and ministry for the past 60 years. He started playing bass fiddle and the fiddle when he was a student at Miller Valley Elementary School in Prescott.

Much of his adult life as been traveling in the ministry with his wife and their children, but his music has taken him to Engand, Wales, Canada, Mexico, Alaska, Kenya, Uganda, Hawaii and around the United States.

Riley is a regular performer in Acker Music Night during the holiday season in Prescott. Country gospel is Riley's favorite genre, and many years ago he recorded "The Touch of the Master's Hand," which he says tells the story of his life.

He is now pastor of the Junction Christian Fellowship Church in Poland Junction in he Mayer area. He travels to Africa every two years to minister in pastor conferences and bring country gospel music to the Africans.

The show's other entertainers include Lindy Lee, a member of the Red Dirt Girls Country Band, who will be performing for the first time in Prescott; Gene Burkhart and the Arizona Pioneer Trio, who will perform memorable tunes, such as "Cool Water," "Cho-Cho Cha" boogie and "Tumbling Tumble Weeds"; and Opry regulars The Brush Arbor Revival.