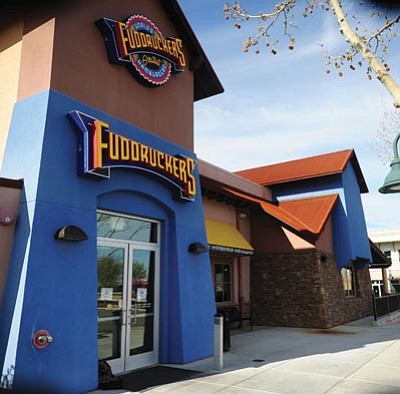 The site of the former Fudrucker's restaurant in Prescott Valley will soon be cooking again.

Students with the Mountain Institute Joint Technical Education District (MIJTED) will use the former restaurant for the school's culinary arts program starting next week. The new site marks a public and private partnership with MIJTED and Fain Signature Group. Fuddruckers was located in Prescott Valley's Entertainment District (ED). Signs for the school should be in place within a week.

"We reached out to Fain Signature Group. They have been staunch supporters of ours from the very beginning," Plumb said.

Roger Dubin of Dubin Marketing Inc., Mountain Institute's advertising and marketing agency, said the MJTED Institute needed better facilities for its culinary program due to the popularity of the program.

"It's one of their more popular programs," Dubin said.

When Fuddruckers closed down, Fain Signature Group stepped in.

"They're one of the original supporters of the Mountain Institute," Dubin said. "Things progressed pretty quickly. The tenants loved it, because it's a completely new type of business. It would bring new parents and students into the Entertainment District there."

Brad Fain, with Fain Signature Group, said the partnership would allow students to work in a professional restaurant in the heart of a commercial district.

"We put together a very beneficial package to make it possible, because we believe corporations should do everything they can to help our youth find good careers in this challenging economy," Fain said.

Kevin Leffler, owner of the Fireside Restaurant located in the Entertainment District, said he was excited about the addition.

"Not only does it mean that Mountain Institute teachers, staff, parents, and students will become more involved with all that's going on here at the ED, but this program in particular is going to train the qualified chefs and restaurant managers our industry is looking for, and with a stronger work ethic than we typically see in our applicants. We'll be the first in line to hire them," Leffler said.