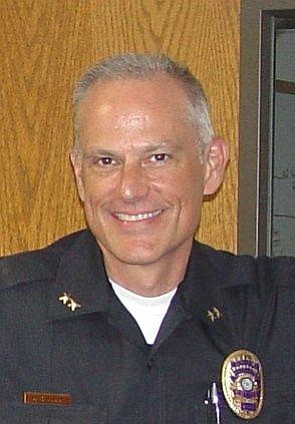 Tarkowski said he picked Lane from three finalists based on feedback he received from a board that interviewed the candidates; police officers who met with them; and comments the public made during an open house Tuesday night.

Mayor Harvey Skoog said the selection of Lane was a "tough choice," adding Lane appeared to be the right fit for the job.

The other finalists were Ken Koch, former police chief of Taos. N.M., and Bryan Jarrell, who recently retired from a 28-year career with the Southfield (Mich.) Police Department.

The town offered Lane $119,000 a year - the mid-range salary but more than his current $114,578 annual pay - and he is due to start in early December. He will command a police department with a $7.9 million annual budget, 64 sworn officers, and 13 other employees.

Lane, 49 and a father to two sons in college, said he plans to spend the remainder of his law enforcement career in Prescott Valley.

He added he wants to bring stability to a department that has seen two chiefs - Jim Maxson and Bill Fessler - retire over the past two years.

"My number one priority is to establish the relationship with the (police) employees, and everything else builds on it," Lane said.

Lane replaced Fessler, who retired March 15 amid what he referred to as a "controversy" over his involvement in a law enforcement motorcycle gang, the Iron Brotherhood, that made headlines over a brawl on Whiskey Row this past December. Cmdr. James Edelstein has served as interim chief since then.

Lane's résumé states Haltom City has 42,000 residents bordering Fort Worth. Its police department has 75 sworn and 18 other employees.

Lane started his law enforcement career in 1987 in Keller City, Texas, and rose through the ranks to commander of the criminal investigations division before joining Haltom City.

Tarkowski said the town offered Lane $119,000 a year, the mid-range for the position. Lane will start on the job in early December.

He said he made the decision after receiving input from a board that interviewed the three finalists, officers of the department and members of the community who attended a meet and greet Tuesday evening.

"We were very fortunate in having three outstanding police professionals as our final three candidates," Tarkowski said.

The other finalists were former Taos (N.M.) Police Chief Ken Koch and Bryan Jarrell, who retired from the Southfield (Mich.) Police Department in July. More than 80 people applied for the job.