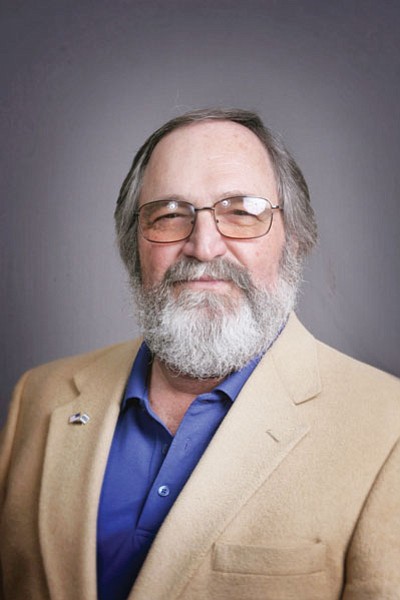 At age 5, Ed and his family moved to Anaheim, Calif., where he completed elementary and high school in honors classes. He was a star athlete in baseball and was scouted his senior year by MLB. Ed served in the U.S. Army, Finthen, Germany, from 1971 to 1974 with the 295th Aviation Company. He was responsible for CH54 Sky Crane Helicopters and held "Top Secret" clearance. Ed received three promotions his first year and was Honorably Discharged. Ed was a disabled Veteran. During Ed's time in the Army, he was also Manager/Rider of Rodeo U.S.A.-European Rodeo Association from 1972 to 1974. The ERA performed in many cities in Germany and Ed's specialty was riding bareback broncs. He came in third place overall and he was looking forward to being inducted into the ERA Hall of Fame in January 2014. After the Army, Ed worked as a yard officer for the Dept. of Corrections, Arizona State Prison, Florence, Ariz., a maximum security prison, from 1974 to 1977. He received commendations for outstanding service during inmate strikes and was promoted two grade levels. Ed returned to Southern California and became co-owner/General Manager of two successful full-line pet stores named Pet Country from 1977 to 1981. From 1981 to 1986, he established D & L Wholesale Distributing Center and Royal Pet Products. Ed developed and introduced a complete line of chemical-free nutritional, health and grooming products for veterinarians and the public. Ed attended Cal State Fullerton from 1980 to 1984, completing degrees in Business Administration and Sociology. In 1986, he was hired by a North American Van Lines agency as Supervisor/Contractor and Project Manager. He was also hired by two other N.A. Agencies as Operations Manager, Quality Control Manager and Office/Industrial Relocation Specialist until 1992, when he moved to Arizona.

The most important event of Ed's life was Sept. 17, 1989, when he married his soul mate, Donna. They lived in Orange, Calif. until they visited the Prescott, Ariz. area for a weekend in January 1992. They knew immediately that they had found their permanent home. They bought a lot in a golf community and moved into their future retirement home in June 1992. Ed and Donna both worked, but became involved in community activities right away. Ed joined McWhite's N.A. Van Lines, Prescott Valley, Ariz., in 1992 as an Office and Industrial Relocation Specialist, soon becoming co-owner/General Manager. Ed developed McWhite's into the most successful agency in North Arizona, winning many awards and reputation for being one of the best in the industry. During this time, he served as V.P. And President of the PV Chamber of Commerce and chaired many golf tournaments and events to help build a strong community. When the Sundogs Pro-Hockey Team had their inaugural season in 2006-2007, Ed became a Corporate Sponsor and Season Ticket holder. In 2010, he became an investor and served as President during the transition to local ownership. Ed felt strongly about the value of having a local pro-hockey team. Ed was direct in conversation, gifted in math and analysis and made tough decisions quickly and confidently. He was a self-made man and worked tirelessly for his businesses, the community and his family.

Ed is survived by his wife, Donna; and their two Yorkies, Katie and Holly; his parents Anthony and Olga Lepordo; sister Toni; and brother Paul; two nieces; two nephews; and four God children. Ed was preceded in death by his older brother, Pete, who passed away in 2009.

A celebration of Ed's life will be from 1 to 3 p.m., Tuesday, Sept. 17, 2013, at Tim's Toyota Center in Prescott Valley, Ariz. Military Honors prior to the Memorial.