The Prescott Opry: Veater headlines with hits of legendary ladies of country music 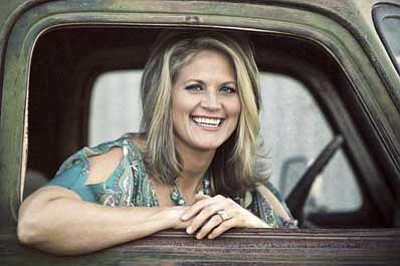 PRESCOTT - The Prescott Opry promises another of its "boot stompin' good times" Thursday at the Elks Opera House.

The show starts at 7 p.m. Tickets are $17, with senior, group and student discounts available. To buy tickets, call the Elks Opera House box office at 777-1370 or visit elksoperahouse.com.

Headliner for the performance is Rachel Veater, who will sing hits of the legendary ladies of country music, including Patsy Cline, Tammy Wynette, Loretta Lynn, Tanya Tucker, Dolly Parton, and many more. She has made herself a favorite singer of Wynette melodies, especially when she sings a medly of the superstar's hits.

The evening's featured male artist is JL Pike, called by some "the multi-talented powerhouse entertainer."

He is a familiar face on the Prescott music scene and is making another appearance for Prescott Opry fans. He is a member of the 8 Tracks ensemble and has opened for such country greats as Johnny Cash, Roy Clark, the Bellamy Brothers, Faron Young and Mickey Gilley. He even played once for President George H.W. Bush and First Lady Barbara Bush.

Jerry Johnson will be the evening's featured local artist. He is currently musical director for Generation, the youth musicians sponsored by Sharlot Hall Museum. His own band, The Midnight Riders, was the 1979 Academy of Country Music Band of the Year. He came to Prescott after being active in the Las Vegas and southern California music scenes and now plays with the Prescott Playboys and the Twanglers.

Cheyenne Jasper is the Opry's featured youth artist and will take the stage with her fiddling talents. She attends Yavapai College and is also a member of the museum's Generation.

Prescott Opry regulars Brush Arbor Revival will also perform with more of their gospel and bluegrass melodies, interspersed with their special brand of humor.