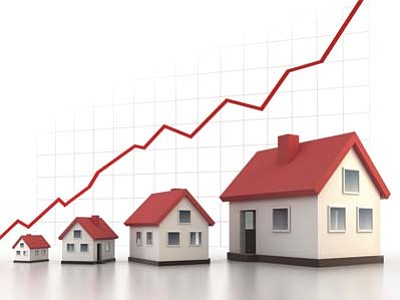 Increases in home prices in the quad-city area appear to be echoing, if not exceeding, a national trend that CoreLogic recently announced for July.

"We have seen about an 18 percent increase in (sale prices for) homes in the under-$300,000 range, in the last 12 months," said Malcolm Barrett Jr., associate broker with Lindquist Realtors in Prescott. "I think there was pent-up demand for buyers who were waiting to see where the bottom of the (housing) market is. We're on the bottom and we are coming back up."

Barrett was responding to the CoreLogic Home Price Index, which rose 12.4 percent in July in a year-over-year basis and 1.8 percent above June figures.

Home-sales prices in the quad-city area are consistent with the national figures, said Nancy Biggs, broker with husband Brian at Prescott Home Realty in the Prescott Country Club.

Biggs, who had not seen the CoreLogic report, commented, "We have seen a huge increase from a year ago. We are growing (in price) in almost every subdivision from $1,000 to $1,500 a month."

She was referring to monthly increases since the start of the year for higher-end homes - $250,000 to $350,000 - in the Prescott and Prescott Valley areas. The $1,000 increase applies to Prescott Valley, while home prices have gone up $1,500 a month in Prescott for the higher-end housing stock.

Like Biggs, Jorge Velasco, team leader at Keller Williams Check Realty in Prescott, said he has not seen the July figures.

However, he said home prices for the quad-city area increased 14.8 percent in June over June 2012 and 3 percent since May. He cited the Prescott Area Association of Realtors, of which he is a member, as his source.

Velasco said he expects home-sale prices for the quad-city area to outpace the national trend of 12.4 percent.

"Over the past year, we have been outpacing that (trend)," he said.

Forty percent of local buyers pay for homes in cash instead of taking out a mortgage, Barrett said. Citing the National Association of Realtors as his source, Barrett said the national figure is 47 percent.

"We just don't have the workforce here to support our housing market," he said.