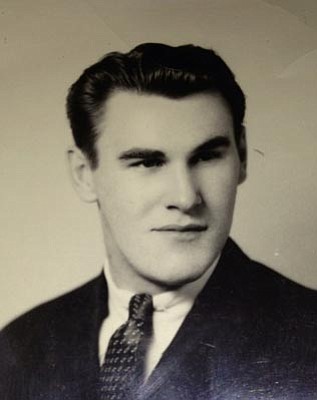 He is survived by his beloved wife Beatrice Patterson, to whom he was married for 75 years. He was a father to Lynette Patterson Grossenbacher and an adoring grandfather to his three grandchildren, Denise Carlson, Ted Wolfendale, and Jennifer Simon. He also left behind six great-grandchildren ranging in age from 13-28, who all knew and loved him well.

Mr. Patterson served as a sergeant in the military police during World War II and was stationed in the Philippines. He had the honor of escorting General Eisenhower in a motorcycle brigade during one of the General's visits. Mr. Patterson also served as a sergeant for the Akron Police Department in many different capacities throughout his career of 33 years, from patrolman to detective. Mr. Patterson and his wife retired 36 years ago and spent their retirement traveling and moved from Florida to Arizona two years ago where they lived independently with their daughter and her husband, took college courses, and generally enjoyed life. He was also a 32nd-degree Mason, in which he took great pride.

Mr. Patterson enjoyed a long, happy and healthy life. He spent it with the woman he had loved from the time they eloped at 18 years old, his precious daughter and three grandchildren to whom he was much more than a grandfather, but was, rather, a second father to each of them. He touched the lives of everyone he came into contact with always ready with a smile and a joke. He was greatly adored by his family and will be missed, although his memory will live on in stories, photographs and the sense of humor he bestowed upon his family. Because of his love and compassion for all children, the family asks that donations be made in his name to the Ronald McDonald House in St. Petersburg, Fla.

We love you, Papa Ted.