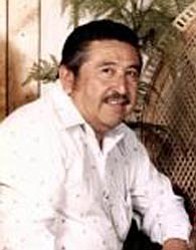 Angel was born Oct. 2, 1924, in Puntenney, Ariz., to Encarnacion and Juana Frias. He was raised in Puntenney, Drake and Perkinsville. He lived in Jerome, Prescott and Paulden.

Angel was very proud to have served in the army during World War II.

He worked as a miner in Jerome and at the Iron King Mine in Humboldt, Ariz. He owned and operated Angel's Tortilla Factory on McCormick Street. He had customers who bought his tortillas and took them home as far as Alaska and the east coast.