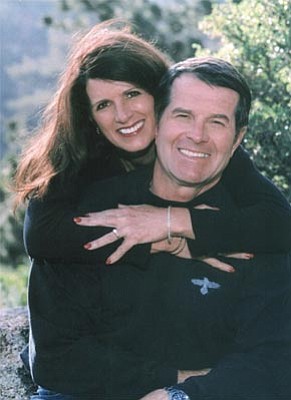 Gunsite Academy lost two of their family members on Oct. 4, 2013. Joy and Mike Hughes, residents of Paulden, Ariz., and Denver, Colo., were killed in a tragic plane accident.

Mike was a rangemaster at Gunsite since 1991. He was a retired lieutenant from the Denver Police Department, as well as a retired major from the U.S. Army Reserves.

Mike was preceded in death by his son, Cole. He is survived by his parents, Ron and Carolyn Hughes; brothers, Terry and Jay Hughes; and sister, Cathy Hughes.

Joy McNaughton Hughes was a dear and beloved friend to everyone she met. She was a member of the Prescott Mountain Top Quilters Guild and the Republican Women of Prescott.

Joy is survived by her brothers, Kent McNaughton and Brian McNaughton; and her sister, Valerie McNaughton.

Joy and Mike had been married for 12 years in April. They were best friends.

A memorial service will be at 2 p.m. Nov. 4, 2013, at Gunsite Academy. The service is open to all friends and family.