Deputy finds gun, 10 lbs of pot after stopping driver for cutting off truck 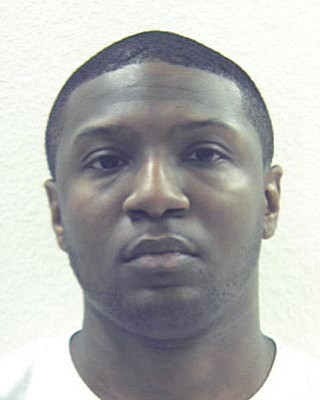 SELIGMAN - A driver stopped for cutting off a semi tractor-trailer on I-40 was arrested Thursday for carrying 10 pounds of marijuana in his car, a YCSO spokesman said.

Jamari Cooper, 25, from Louisiana was headed east on I-40 at about 8:30 a.m. when a deputy with a K9 partner saw his silver Ford Focus change lanes in front of the truck, and pulled him over, according to Dwight D'Evelyn, sheriff's spokesman.

While the deputy was talking with Cooper, he smelled marijuana inside the car, D'Evelyn said, but Cooper denied having drugs or weapons. He denied the deputy permission to search the car.

The deputy brought his K9 over to the car, and when the dog alerted on the driver's side, the deputy was legally able to search it. The car's trunk contained a duffle bag with 10 plastic baggies of marijuana, each weighing one pound, D'Evelyn said. A second duffle bag in the trunk held a .45-caliber handgun and $2,000 cash, D'Evelyn said.

Cooper was booked into the Camp Verde jail where he's being held on a $35,000 bond.