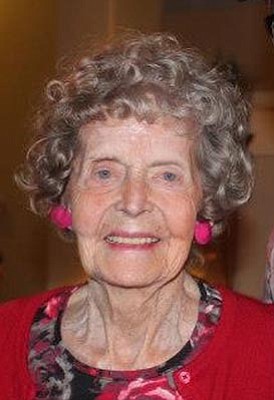 At a very young age, Gloria's family moved to Plymouth, Mich., where she attended high school and met her husband, Lou Elliott. The couple had three children and moved to Phoenix, Ariz., in August of 1959. Gloria worked as a circulation coordinator at the Phoenix Gazette from 1962 to 1972. Gloria's husband, Lou, died in 1981, and in 1985, she moved to Prescott Valley. Gloria met and married her second husband, Edwin Beck, in 1986. Gloria and Edwin were married until his passing in 1998.

Gloria loved to entertain and to be entertained. She was once a Casa Belle dancer and also enjoyed dancing and singing with her grandkids and great-grandkids. She was a devoted wife, mother, grandmother and great-grandmother, and brought out the best in everyone she met.

She is preceded in death by her husband of 39 years, Lou; husband of 12 years, Edwin; older sisters Betty and Mae, and younger brother Charles. She is survived by her daughter, Linda Chapman of Surprise, Ariz.; son Mark Elliott of Prescott Valley, Ariz.; daughter, Rebecca Havey of Prescott, Ariz.; six grandchildren; three great-grandchildren, and one great-great-grandson.

There will be a Celebration of Life noon Saturday, Oct. 5, 2013, at Prescott Valley Christian Church, 7655 E. Long Look Drive in Prescott Valley. All are welcome to attend.