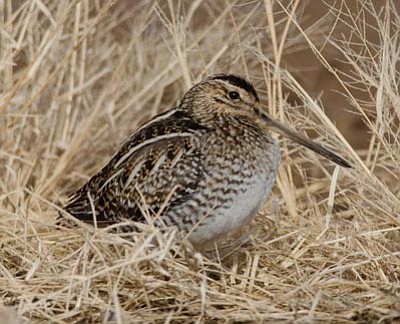 Happy Thanksgiving! I hope you are enjoying time with loved ones and friends today.

Since today is Thanksgiving, and it is an American tradition to have turkey on this day, I thought I would write about all of the different species of game birds found in Arizona. While I am not a hunter, I support the rights of individuals who enjoy hunting. As I researched this topic, I was amazed at the number of species of game birds that can be hunted in Arizona.

Here is a quick rundown on the different game birds that can be legally hunted in the proper season, with the proper license.

Wild turkeys. Turkeys were originally a native species in Arizona. Over the last 28 years, the Arizona State Chapter National Wild Turkey Federation has been actively involved in increasing the distribution and diversity of the turkey population throughout the state. There are two sub-species of turkeys in Arizona: Gould's and Merriam's. Believe it or not, wild turkeys can be seen just south of Prescott in the Bradshaw Mountains.

Quail. There are three native quail species in Arizona that can be hunted - none of these species were introduced from another part of the country. The three species are: Gambel's, Scaled, and Montezuma, also referred to as Mearn's quail. Gambel's quail is the most common species of the three varieties. The other two species are found mostly in southeastern Arizona.

Dove. There are four different species of dove that can be hunted in Arizona; three of them are native, and one is introduced (Eurasian collared dove). The other three species are mourning, white-winged and band-tailed pigeon.

Snipe. Yes, you really can go snipe hunting. Or, perhaps, I should rephrase that statement to say that there really is such a thing as a snipe.

I am sure most people in their younger years were tricked into "snipe hunting" at one point or another. I know I fell victim to this prank, and I have been guilty of pulling this prank on others. While most people joke about snipe hunting, I have never known anyone who actually has gone snipe hunting for real.

Sandhill cranes. This is a migratory species that winters in southeastern Arizona. They are abundant in the Willcox and Whitewater Draw areas, where they congregate by the thousands.

The Arizona Game and Fish Department website, www.azgfd.gov, is a great resource for those who want to learn more about the different species of game birds that can be hunted in the state of Arizona.

On another note, work is progressing at our old store location where we had the fire a few weeks ago. I am hopeful that we will be able to move back to our original location in just a few more weeks. We appreciate your continued support at our temporary location in the Safeway/Cal Ranch shopping center.

Eric M. Moore is the owner of Jay's Bird Barn, with two locations to serve northern Arizona - 1046 Willow Creek Road in Prescott, and 2360 State Highway 89A in Sedona. Eric has been an avid birder for more than 45 years. If you have questions about wild birds that you would like discussed in future articles, email eric@jays birdbarn.com.