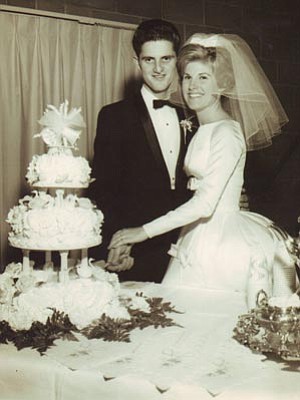 John and Judy Dandos of Prescott celebrate their 50th wedding anniversary on Nov. 29, 2013. They dated through high school and were married in Northridge, Calif. They moved to Prescott in 1971 and are currently enjoying their retirement together. John worked for Sears in Prescott for 37 years and Judy was employed with the Prescott Unified School District.

John and Judy will celebrate their anniversary with their family: son Scott and Leza Dandos and their two daughters, Dempsey, 17, and Delaney, 15, and son Brent Dandos and his children, Kali, 13, and twins Brock and Karis, 11.