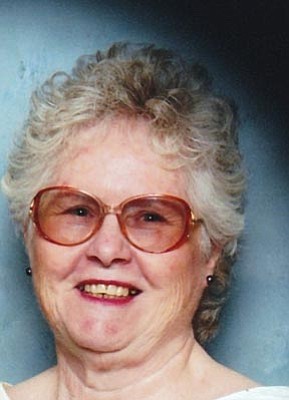 Roseann G. (Stoddard) Scott, 66, of Paulden, Ariz., passed through the veil to be with her family and her Heavenly Father on the other side, on Nov. 20, 2013, at Good Samaritan Society Marley House in Prescott, after a long terminal illness of pulmonary fibrosis.

Born Feb. 18, 1947, in Duluth, Minn., to Thomas and Harriet (Miller) Stoddard, Roseann graduated from Albrook High School and was raised in Alborn, Minn. Roseann, her husband Ben and family moved to Prescott, Ariz., in 1976 after her husband retired from the United States Air Force. She and Ben relocated to Paulden in 1993. Roseann worked at West Yavapai Guidance Clinic in Prescott as a CNA for a number of years and then retired.

We wish to thank the Good Samaritan Hospice staff and team for all their help and comfort. In lieu of flowers, donations may be made to Good Samaritan Prescott Hospice Marley House, 1063 Ruth St., Prescott, AZ 86301.

A memorial for family and friends will be scheduled at a later date.

Arrangements have been made with Hampton Funeral Home.