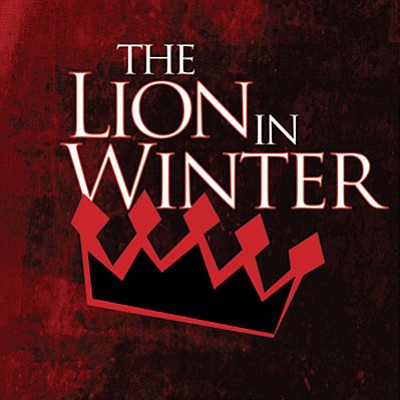 Nov. 14, 15, 16, 21, 22, 23 at 7:30 p.m. & 17 and 23 at 2 p.m. at Prescott Center for the Arts: The Lion in Winter. King Henry II of England has three sons by Eleanor of Aquitaine: Richard, Geoffrey, and John. He wants the kingdom to stay united after his death, but all three sons want to rule and it is likely to be torn apart by revolution. Henry favors the youngest John, while Eleanor favors the eldest, Richard. Middle son Geoffrey hopes to play both ends against each other and come out on top. Henry would like to have another heir by his mistress Alais, but that would only add to the confusion. Uneasy is the head on which the crown lies, and uneasy the truce between a matchless king and queen. Tickets: $15-$19 at pca-az.net.

Saturday, Nov. 23, 7 at the Elks Opera House: "The British Invasion." Between 1962 and 1966, musicians and bands from across the pond invaded the American Pop Charts with music that would last for generations. The British Invasion recreate the music and the times in this show. Music from The Animals, The Beatles, The Dave Clark Five, Donovan, The Fortunes, Freddie & The Dreamers, Gerry & The Pacemakers, The Hollies, The Kinks, Peter & Gordon, The Tremeloes, Billy J Kramer, The Yardbirds and The Zombies. Tickets: $22-$25 at the box office or elksoperahouse.com

Dec. 5, 6, 7, 7 p.m. at Stage Too; Dec. 7, 1 p.m. at the Prescott Valley Library; Dec. 8, 3 p.m. at the Chino Valley Adult Center: Prescott Center for the Arts Stage Too Readers Theatre presents Shtick, by Henry Myerson - Directed by Mary Timpany. Helen's life became complicated after her husband Murray's stroke and her sister Gladys' revelation, wanting to set the record straight, in case Murray should die, that she and Murray had been having an affair. Helen suspected Murray was no angel when she married him. While Helen might have been willing to adjust to Murray and his new stroke-induced limits, the stakes were raised and the game was changed by Gladys' admission of the affair. So now Helen is left on the horns of dilemma: How can she be a nurturing caretaker for a man who has deceived her? Tickets: $12 at pca-az.net.