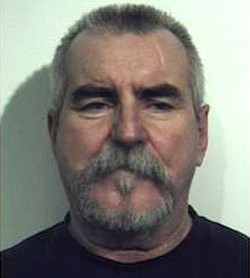 PRESCOTT - The jury trial for Eric George McNeill, accused in numerous sex crimes against children between 4 and 17 years old over a 40-year period, begins tomorrow.

McNeill, 65, is believed to have committed sex offenses as far back as 1972 and as recently as September 2011, said Yavapai County Sheriff's Office spokesman Dwight D'Evelyn.

Once a judge signed an arrest warrant in August 2012, McNeill was the subject of a nationwide manhunt.

McNeill's case was featured on the "America's Most Wanted" television program in September 2012 and, based on tips authorities received, they determined he was in southern Oregon, possibly near Klamath Falls or Chiloquin. On Sept. 19, U.S. marshals spotted McNeill's vehicle at Hagelstein Park, a roadside campground, approximately eight miles north of Klamath Falls. With help from the Klamath Falls Police Department and Oregon State Police, they took him into custody without incident.

In a May hearing, YCSO Detective Ross Diskin described the incident that set into motion the effort to find and arrest McNeill.

In September 2011, Diskin investigated an allegation that McNeill fondled a 4-year-old girl. A nurse told him that the girl indicated McNeill had touched her inappropriately.

McNeill's response, Diskin said, was that she "was playing on the bed, she fell off, her pants came down, and he pulled them back up."

Two adult women contacted Diskin, he said, claiming they, too, had been sexually assaulted by McNeill as children. One testified at the hearing describing how he had sexual contact with her numerous times from the ages of 7 to 17.

McNeill was arrested on the charges in 1989, but then, embarrassed and feeling pressure, the victim recanted her story.

Charges were dropped against McNeill and, the woman said, the day he was released, he showed up. "He grabbed me by the neck, held me up against the wall, and said if I ever told anyone again, he would kill me," she said.

McNeill has been held without bond in the Camp Verde jail awaiting trial.