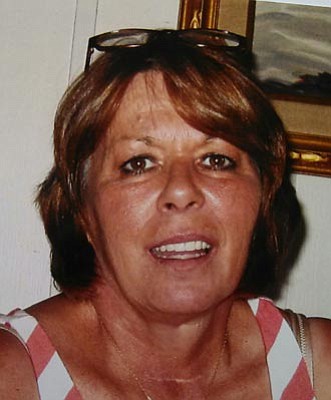 Rene Marie Patrick, 57, the daughter of Robert and Phyllis Rizzo, passed away Tuesday, Nov. 5, 2013, surrounded by her family and close friends. Rene was born Sept. 26, 1956, in Omaha, Neb. Her father was career Air Force and Rene spent her childhood in various countries and states, including Germany, the Azores, California, Colorado, Arizona, and many others.

Rene was introduced to John Leroy Patrick by her sister Cheryl DiLazzaro. They married in August 1979. They moved to Prescott where Rene worked as a bank teller until she became a proud mother of three sons, whom they often took camping, hiking and traveling. As Rene's sons became older, she went back to work for the Prescott High School in the cafeteria, where she loved being with the students. Several years later, she went to work at the cafeteria in the Pioneer Home where she was loved not only by her coworkers but also the residents.

Her life was her kids. She rejoiced in her ability to be a wonderful mother and wife. Her love did not end with her family, though - it encompassed all she encountered. Rene always had a full house, especially on the holidays. Her home was always opened to her family and friends. Rene's acts of selfless love are known well to all of those who knew her. Her kind heart impacted many lives and brought our community closer. She will be dearly missed and always in our hearts.

Rene is preceded in death by her husband John; parents Robert and Phyllis Rizzo; and brother Jeffery Rizzo. She is survived by her fiancé Tom Menehan; sons Gregory (Crystal) and Elliot; daughter Haylee; and her

Services entrusted to Heritage Memory Mortuary, Prescott, Ariz., with a special thanks from the family to Funeral Director Clent Walker.