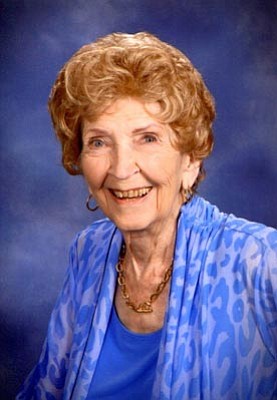 Beatrice was married for 53 years to Oscar Wayne Jackson of Olive Hill, Ky. They had one daughter, Donna Kay Lee, and one granddaughter, Tamera Susan Lee.

Beatrice was a quality control manager for several electronics companies. She was also a realtor in California for several years. She and her husband were long time members of Moose Lodge #1097 in El Monte, Calif.

Beatrice lived in the Wittmann area for 18 years before moving to California where she and her husband lived for 48 years. They moved to Prescott in 1986 after they retired.

Beatrice was affectionately known as "Aunt Bea" by everyone and will be remembered for her love of life, travel and family. She was an accomplished crocheter and won several awards for her creations and crafts. She had her mother's love of animals and had several pets through the years. She was dearly loved and will be greatly missed.