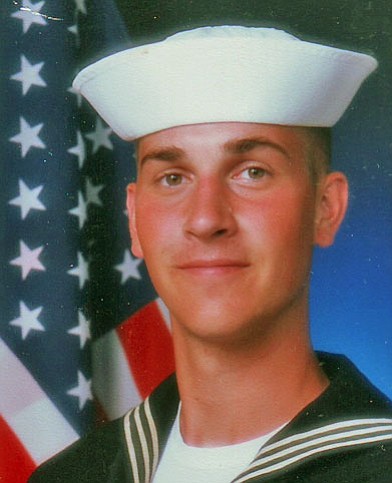 Nathan Adam Hall of the United States Navy was promoted to Lieutenant Commander at his base in Groton, Conn. Nathan recently re-upped another 4 years adding to his 21-year career with the Navy. He is the son of Emily and Larry Strand of Prescott Valley, Ariz., and the grandson of Helen Johnson of Dewey, Ariz.

Nathan enlisted in the Navy on May 23, 1993. He graduated from RTC in Orlando, Fla. in August of 1993. He attended and completed Naval Nuclear Power School in 1994.

Nathan served on the USS PARCHE (SSN 683) from 1998 to 2001. Upon leaving the PARCHE, he reported to Naval Nuclear Power Training Command, where he earned the rank of Chief Petty Officer during his assignment as a Basic Machinery and Mathematics instructor.

Nathan earned his commission as a Naval Officer in February 2002 and transferred to Norfolk, Va., where he served aboard the USS ENTERPRISE (CVN 65) as the Quality Assurance Officer. Following his tour on the aircraft carrier, he worked at Portsmouth Naval Shipyard in Kittery, Maine before being selected for special duty in the Department of Energy/Naval Reactors Division Field Office in Groton, Conn., where he continues to serve.