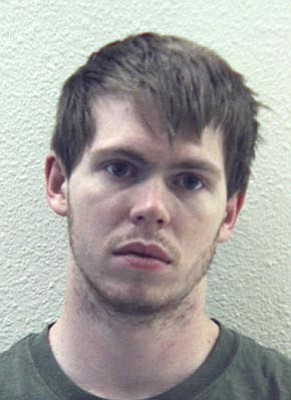 PRESCOTT - A man who was wanted on an outstanding warrant for sexual conduct with a minor was arrested at a traffic stop in January. On Tuesday, he pleaded guilty to lesser charges.

Matthew Alan Batty, 20, was taken into custody after a Prescott Valley police officer saw his car run a stop sign, according to a police probable cause statement. When the officer stopped the car in the 7700 block of Florentine Road, he smelled a "strong odor" of marijuana coming from inside, the statement said.

Batty was arrested on a felony warrant alleging two counts of sexual conduct with a minor and sexual abuse with a victim under 15. He was also charged with possession of marijuana and paraphernalia. The warrant stemmed from a June 2012 incident in which he allegedly inappropriately touched a girl.

On Tuesday, he pleaded guilty to two counts of child abuse and one count of possession of drug paraphernalia, both class 6 undesignated felonies, meaning they could be converted to misdemeanors later.

Superior Court Judge Tina Ainley could sentence him to up to two years in prison for each of the child abuse charges, but she could also give him probation. The plea agreement stipulates 180 days in the county jail for the drug charge, followed by probation.

Deputy County Attorney Kevin Schiff said the victim's father felt that it was not necessary to impose sex offender registration on Batty, and that, if he were given lifetime probation, it would be an incentive for Batty to do well if he had the possibility to have that time reduced. Ainley will sentence him in July.