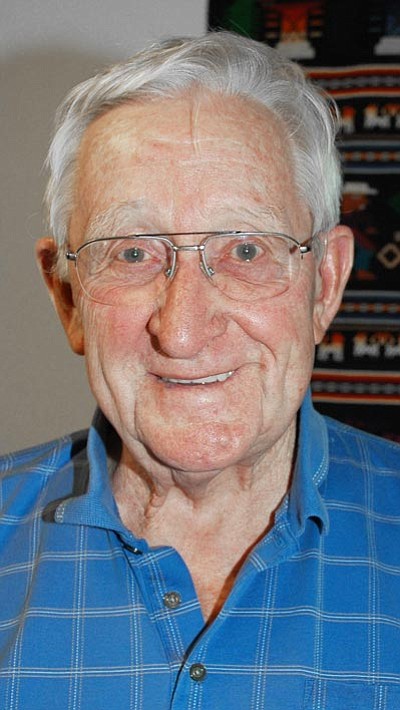 Ivan Demarr Campbell of Prescott Valley, Ariz., died Feb. 1, 2013, at the Good Samaritan Hospital in Prescott, Ariz., following an illness. He was born Aug. 31, 1925, in Klamath Falls, Ore., to James L. Campbell and Minnie I. Koonce.

He is survived by his wife Graciela Campbell; brother James E. Campbell of Provo, Utah; sister Mary A. Brooks of Provo; three daughters, Karen Bess of California, Janice Kashaph of India, and Joyce Heckler of Prescott Valley; and many grandchildren and great-grandchildren.

Ivan served in the U.S. Navy during World War II. When he was discharged, he married his first wife in 1946. He was a State Farm agent in California, where he received many rewards. When he retired, he and his wife moved to Prescott Valley. Verna passed away in 2006.

Ivan donated his remains to research. No services were conducted.