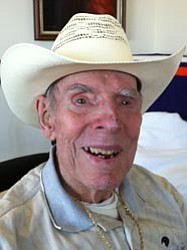 Leo graduated from Missouri Valley College at age 20 with a degree in Mathematics and Physics. He went on to obtain Bachelor of Science, Master's and Doctorate degrees in Mechanical Engineering from Purdue University, with highest honors.

Leo went on to focus his work career in nuclear power generation, initially at engineering positions and thereafter in marketing of nuclear power projects. His principal employers were General Electric Company, Nuclear Power Corporation (his own company), and Bechtel Power Corporation. In these positions, Leo traveled the world, including more than 75 trips to Japan where he became a close acquaintance with the Chairman of Toshiba.

Leo loved golf. And he was successful at it. He enjoyed a handicap of 7 to 8 most of his golfing career. He had several holes in one over the years and at age 70, he shot his age in 18 holes at the very tough Royal Kaanapali Golf Club located in Lahaina, Maui, Hawaii. And, during the same year, Leo won that club's low gross golf championship.

Leo was cherished and will be greatly missed by his son Bill, Bill's wife Susan; by stepdaughter Denise and her husband Michael; by stepsons Larry (Angie) and Kevin (Karen); by 11 grandchildren; and four great grandchildren.