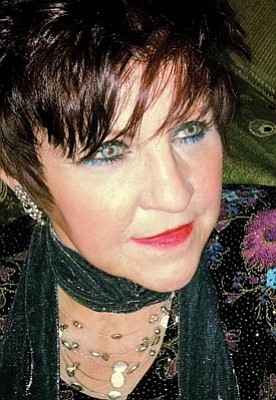 Courtesy photo<br /><br /><!-- 1upcrlf2 -->Lana Rae is one of the Prescott Opry’s featured performers this week.

The Prescott Opry returns to the Elks Opera House stage with promise of a toe-tappin', boot-stompin' good time at 7 p.m. Thursday.

Rae, a resident of Goodyear, Ariz., grew up in a musical family - her mother played guitar and her sister became a concert pianist. Rae, herself, has performed across the genres and now specializes in country tunes.

She appeared on the East Coast television program, the Dick Lamb Show, in the 1970s and is a Nashville recording artist. Rae opened for such country greats as Dottie West, the Oakridge Boys and Hank Thompson.

For Thursday's performance, Rae plans to sing such hits as "Why Not Me?," "Paper Roses," "Help Me through the Night," "Blue Bayou" and more.

Local musician Brian LaChance regularly plays steel guitar in the Prescott Opry Band, and he will step in front of the audience as the lead on guitar and vocals for Thursday's show.

LaChance has been on the road as a professional since he was 15 and "hasn't stopped since." He has toured and played with the likes of Ray Price, Alan Jackson, Glen Campbell, Jean Shepherd and Stonewall Jackson. He has also played on the Grand Ol' Opry stage and in Branson and Eureka Springs.

LaChance says his repertoire is versatile because he plays all kinds of music, from pop to jazz to country and easy listening to the Beatles and Chet Atkins. He is an electric and acoustic guitarist, pedal steel player, singer, songwriter, producer, composer and recording artist.

He and his wife, Elizabeth, recently completed an acoustic CD with songs they wrote for an album they call "Touch of Brazil."

For Thursday's performance LaChance is planning instrumentals and a couple of vocals, he said, with songs of Merle Haggard, Chet Atkins and Hank Garland.

Each Prescott Opry performance features young musicians, and for May's event the entire ensemble of Generations will be the evening's highlight. Their music includes tunes like "Blackberry Blossom," "Lover's Waltz" and more.

The Brush Arbor Revival is a Prescott Opry regular and will present the customary humorous interaction and delivery of gospel and bluegrass numbers.

Tickets for the show are $17, with senior, group and student discounts available. To buy tickets, call the Elks Opera House box office at 777-1370 or log onto www.elksoperahouse.com. Tickets are also on sale an hour before the performance.