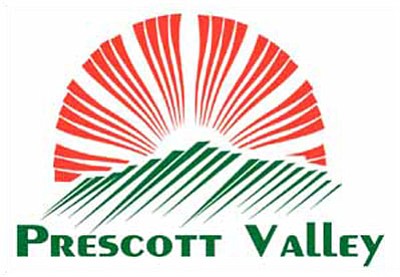 While retail sales tax revenues continue to rise, management staff for the Town of Prescott Valley has prepared a smaller budget for the 2013-14 year beginning July 1.

They proposed a $62.4 million budget, down from $66.7 million for the current fiscal year, that they shared with the Town Council at a workshop Wednesday evening.

In fact, the annual budget has been falling from the $111.5 million spending package that the council approved in the 2007-08 fiscal year, Town Manager Larry Tarkowski said.

Town officials have been tightening spending since October 2007, two months before the Great Recession struck and devastated the economy locally and throughout the country.

With the economy improving with signs such as rising sales tax revenues, the council restored the five-day workweek for the current fiscal year. Tarkowski suggested maximum merit raises of 3 percent for town employees, who have gone without raises for three to four years, when the new fiscal year starts.

Tarkowski began the workshop Wednesday by telling the council that the budget outlook is much better than it has been since 2007. "We are, in fact, growing revenues," he said.

The budget preparation process began this past November with a council retreat, Tarkowski said.

He said management staff directed department heads to prepare budgets for 2013-14 no higher than the current fiscal year.

"We thank you for the very clear direction," he told the council.

The budget is in draft form, Management Services Director Bill Kauppi said during a PowerPoint presentation.

Kauppi said the upcoming openings of Dick's Sporting Goods and Tractor Supply will bring in more sales tax revenues for the town, which lacks a primary property tax.

Kauppi projects a $55,000 drop in revenues for fines and forfeitures, largely because the contract for photo enforcement with Redflex Traffic Systems will expire Oct. 3. The budget projects revenues of $636,000 under that category.

The council budgeted about three hours for the meeting but wrapped it up in an hour and 40 minutes. The council conducted the second meeting on the budget Thursday. Councilwoman Patty Lasker did not attend Wednesday's meeting.

The council is on schedule to adopt the tentative budget May 23, and conduct a public hearing and approve the final budget June 27.

The final budget may not be any larger than the tentative budget.