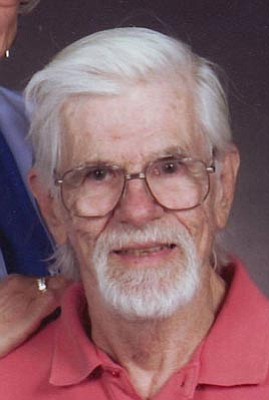 Upon graduation from Wilkinsburg High School in May 1945, he joined the Navy, trained at Great Lakes and served in Biloxi during the closing days of World War II.

He graduated from Carnegie Mellon as an electrical engineer, and later earned a master's from the University of Maryland, and a Master of Fine Arts in creative writing from George Mason University.

After living in many places - Seattle, Syracuse, Germany, downstate Illinois, northern Virginia and Dallas - Ben and his wife, in 1992, selected Prescott as their retirement paradise, living for many years in the house adjacent to the Bridge Centre on N. Pleasant Street before moving into Manzanita Village, the co-housing community of which Ben was one of the founders. For 21 years, he was a member of Unity Church, and for 23 years he celebrated his sobriety through AA, a significant part of his life.

Some of Ben's favorite activities were downhill skiing until his early 70s, rafting the Colorado with his son, creative writing classes and the OLLI program at Yavapai College, countless years of playing tournament bridge, and travel to many parts of the world.