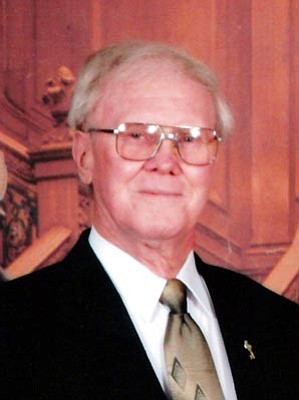 Despite the amazing care of his many doctors and nurses, my daddy, Delbert Lee Prange, was called home to be with our Lord on March 15, 2013. He was born "out on the farm" March 25, 1930, in Staplehurst, Neb., to a strong, hardworking German couple, Ida and Arthur Prange.

He enjoyed farm life and many youthful antics with his brother Truman and cousins Lyal and Maurice Zwick. After graduating Seward High School, Del joined the U.S. Navy proudly serving his country during the Korean Conflict from 1950 to 1954 on the USS Kidd. Back in Seward after the war, while dancing the Tennessee Waltz, he met and married his "Sweetie," MayJean Taylor, enjoying 53 years of wedded bliss. In 1958, his best friend, Chuck Smith, talked him into testing for the Phoenix Fire Department where he served for 24-1/2 years. After his "retirement," he became one the first dispatchers with the Central Yavapai Fire District.

Del had an exceptional love and devotion to his family, neighbors, church and country. His greatest joy was his many adventures with his beloved son and daughter-in-law. Truly, he touched many lives and was deeply loved.

He was preceded in death by his parents, Art and Ida Prange; infant son Kirk Douglas Prange; his wife, MayJean Prange; and brother, Truman (Esther) Prange.

Services will be 3 p.m. April 6, 2013, at Trinity Lutheran Church, 3950 Valorie Drive, in Prescott Valley, AZ 86314, with the Reverend Tim Blau officiating. His favorite dinner and storytelling to follow. All whose lives he touched are invited to join us.

In lieu of flowers, memorial donations may be made to Central Yavapai Fire Honor Guard, 8555 E. Yavapai Road, Prescott Valley, AZ 86314, or Trinity Lutheran Church (at the address above).