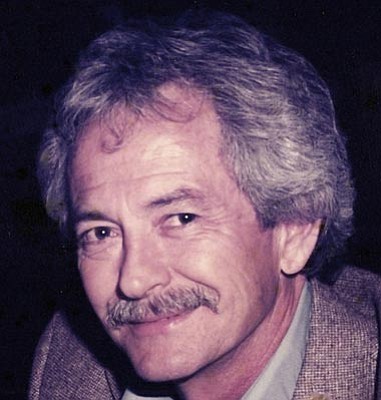 My beloved husband, companion, friend, and beloved adversary, with whom I loved and fought for 29 years, passed on to Glory with our Precious Lord and Savior, Jesus Christ, on Dec. 27, 2012, at the young age of 77.

Terry had a zest for life and love for people. Terry loved to travel and did a lot of it in his earlier years. He loved to sail, windsurf, snow ski, to build, garden, and do woodturning.

When Terry married Lisa, his traveling days were modified to animal caretaker, which he also loved, and loved to complain about. Terry designed and built a home in Prescott to accommodate Lisa and the animals.

Terry was born on Dec. 20, 1935, in Willcox, Ariz. He was the first child and was followed by seven sisters. Terry lived in Tucson for many years. He served in the U.S. Navy from 1954 to 1958. After serving in the Navy, he attended and graduated from the University of Arizona. He and his son, Keeth, share their avid love for the UofA Wildcats. He lived in the Valley of the Sun for over 20 years. In 1999, he, Lisa and the critters moved to Prescott.

He is survived by his wife, Lisa; his son, Keeth; and his granddaughter, Beth; his granddaughters, Kirsten and Hannah; and five great-grandchildren. Kari, his daughter, passed on to the Lord Jesus on Feb. 1, 2013.

The Memorial service for Terry will be at 2 p.m. Saturday, April 6, 2013, at Westside Christian Church, 5860 Williamson Valley Road, Prescott, Ariz.