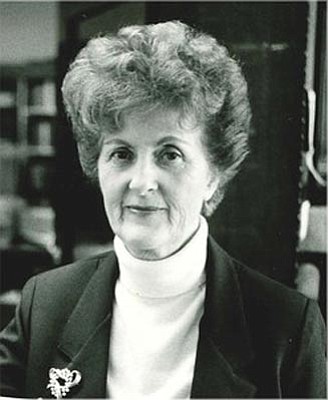 Marget Rose Rodriguez, of Lakeside, Navajo County, Ariz., peacefully passed away on March 14, 2013, at the Carriage House in Snowflake, Navajo County, Ariz. She was 87. Marget was born in Forsyth, Rosebud County, Mont., to the late John Paul and Rosalie (Quinlan) Plummer on Nov. 13, 1925.

During World War II Marget worked as a secretary for the Alameda Naval Shipyard in California before moving to Prescott, Ariz., in 1958. They then moved to Bisbee, Ariz., in 1968, where Marget worked at the Copper Queen Library that, at that time, was owned by the Phelps Dodge Company before being sold to the City of Bisbee. She was the Head Librarian for many years until her retirement in 1990. In 2009, Marget moved to Lakeside, Ariz., where she enjoyed the beautiful outdoors.

She was preceded in death by her husband, Ben Rodriguez in October 2009, as well as a brother, John Plummer of Whitefish, Mont.

Memorial services will be at 2 p.m. Saturday, March 30, 2013, at the Bisbee Church of Christ in Bisbee, Ariz. Inurnment will take place in the Veterans Cemetery in Sierra Vista, Ariz., at a later date.