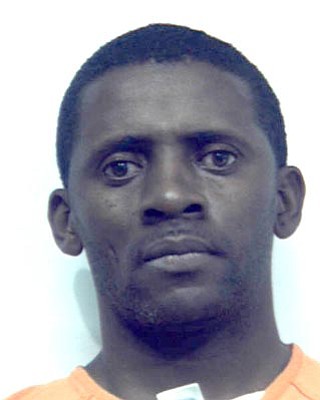 PRESCOTT - A New York man convicted in June 2010 of carrying more than 340 pounds of marijuana in his truck was set to be sentenced Monday, but failed to appear in court, prompting a judge to issue a nationwide arrest warrant.

A deputy who stopped a 2005 Dodge dually truck driven by Nigel Davis, 37, of Spring Valley, N.Y., for following too closely and an unsafe lane change on I-17 near Cordes Lakes noticed Davis fumbling and shaking, and he saw several air fresheners inside the truck, said Dwight D'Evelyn, spokesman for the Yavapai County Sheriff's Office.

Davis told the deputy he was buying the truck from the man in Maryland it was registered to and gave two contradictory versions of his travel plans. Davis told deputies they could search the truck, and said that he'd smoked marijuana the night before while sitting on the tailgate of the truck, D'Evelyn said.

Deputies noticed a recently installed external fuel tank, and a K-9 alerted on the tank. After moving the truck to a secure location, deputies took a closer look at the fuel tank and toolbox in the truck bed, and the dog alerted on that as well, D'Evelyn said.

Davis was charged with one count of attempted transportation and sale of more than two pounds of marijuana and one count of possession of drug paraphernalia. He was held on a $300,000 bond.

Davis accepted a plea deal in December 2010 but, in an unusual move, Judge William Kiger, now retired, sealed the plea, so there is no way to know all the conditions to which the attorneys may have agreed. Kiger released Davis from custody at that point, with the note that he "is permitted to travel outside the state," according to a court document.

The same document said sentencing would be deferred, but did not specify for how long or why.

Chief Deputy County Attorney Dennis McGrane said Davis had "entered into a side agreement where... he agreed to provide information to the state related to other (drug) dealers."

When Davis did not "fulfill the terms of the agreement," McGrane said, "we asked for sentencing," which they did last month.

On Monday, he was to appear before Superior Court Judge Celé Hancock but he didn't show up. She issued a nationwide arrest warrant with a $100,000 bond for Davis.