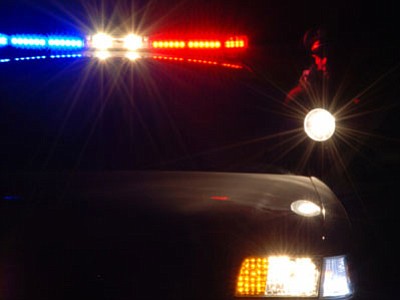 Prescott Valley Police are asking the public's help to identify a vehicle that caused a motorcyclist to crash and then left the seriously injured rider on the roadway.

Police and emergency personnel responded to the injury crash at Glassford Hill Road and Pav Way at about 9 p.m. Tuesday.

A helicopter airlifted the motorcycle rider to a Phoenix area hospital with serious injuries. He is believed to be in stable condition, Bonney said.

Witnesses described it as a beige or gold 1980s model, boxy 4-door vehicle, possibly with chrome bumpers and trim. There were multiple occupants in the vehicle, Bonney said.

Police are asking anyone who may have information on this crash or who knows the identity of the occupants to call 928-772-5150.