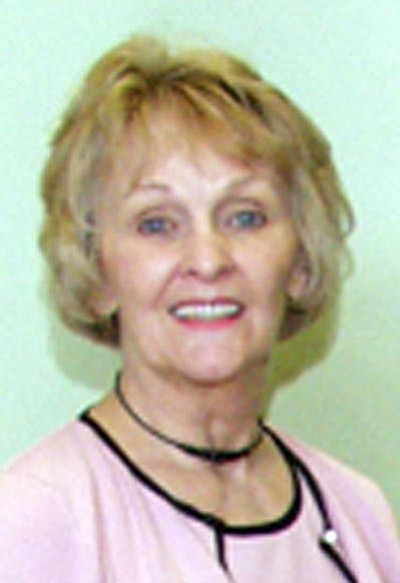 Diane Elizabeth (Owens) O'Connor, 72, of Prescott Valley, Ariz., passed away peacefully at home surrounded by her loved ones. She had bravely battled lymphoma but finally succumbed on March 8, 2013, two days short of her 73rd birthday.

She was born March 10, 1940, in Carbondale, Pa., to Roland and Gwendolyn Owens and grew up in Carbondale, the family then moving to Rochester, N.Y. It was there she met and married Ralph Ruoff, and they had three children, Chris, Cindy and Tim. In 1983, she moved to Phoenix, Ariz., where she would meet the love of her life, Jerry O'Connor. They were married in 1986, and recently celebrated their 26th wedding anniversary together.

Diane was a loving wife, sister, mother, grandmother, great-grandmother, aunt and friend. She was passionate about her gardening and cooking, and in earlier years, sailing on her boat "Dama" (Diane and Jerry were members of the Arizona Yacht Club). Above all, she loved being with all of her family and spending time playing with her "grands" and "great-grands." She will be missed terribly, but her spirit lives on with each and every family member, and other lives she touched every single day.

The family will be holding a private memorial service at a later date. In lieu of flowers, donations may be made in Diane's name to the Good Samaritan Marley House in Prescott, Ariz., who provided her with loving hospice care over the last two months of her life. Donations can be made online at www.good-sam.com/index.php/about_us/donate/?locId=3012.