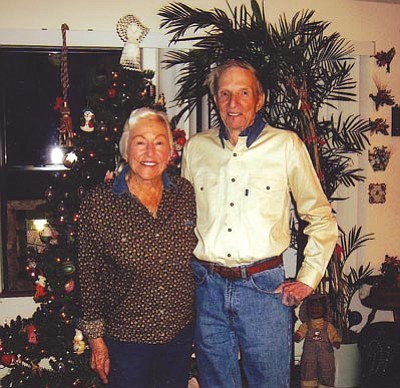 Everett and Charlene Jenks celebrated their 68th wedding anniversary at their Chino Valley home with family and friends. They were married June 16, 1945, on Father's Day in Wharton, Texas.

Everett was serving in the United States Air Force. Charlene was finishing her nurse training at the University of Texas. They raised their three sons in Orange, Calif. Everett was a general contractor before retiring to Arizona in 1980. Charlene was a school nurse before going to private practice of ophthalmology. Everett celebrated his 94th birthday on May 30, 2013, and still parades as a Shriner in his little car.