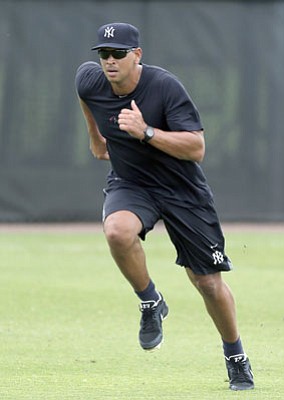 Chris O'Meara/The Associated Press<br> After an alternative newspaper in Miami broke the story of Tony Bosch’s dealings with athletes, including such notables as the Yankees’ Alex Rodriguez (pictured), who lives in Miami, and the Brewers’ Ryan Braun, who attended the University of Miami, MLB sprang into action.

You have to hand it to Bud Selig. The sometimes beleaguered MLB Commissioner, who is known for making decisions methodically, if at all, has been decidedly aggressive of late in an attempt to rid baseball of performance enhancing drugs. How Selig fares in his personal war on drugs may determine the commissioner's legacy as he prepares to leave office at the end of 2014 when his current term is up.

MLB's latest salvo against PEDs began earlier this year when they brought suit against Tony Bosch, the former Miami clinic he owned, Biogenesis of America, and a number of other company officials. Although Bosch held himself out as a "Dr.," he was nothing more than a quack, an alleged small-time drug dealer who operated out of a run-down storefront in a low rent strip mall. His claim to fame was a connection to athletes, primarily baseball players, due to his location in South Florida. After an alternative newspaper in Miami broke the story of Bosch's dealings with athletes, including such notables as the Yankees' Alex Rodriguez, who lives in Miami, and the Brewers' Ryan Braun, who attended the University of Miami, MLB sprang into action.

MLB's suit was designed to pressure Bosch and others to divulge details of their dealings with players. Although the litigation was universally panned by legal experts as high-handed and without merit, recent events suggest it was successful in persuading Bosch to sing. Exactly what he says and whether it is believable in a court of law - or an arbitration proceeding, which is where his first test as a witness will come - remains to be seen. Bosch would appear to have zero credibility. He has lied repeatedly about his credentials and his relationship with athletes. But a criminal with a sterling reputation is an oxymoron. Like any prosecutor, MLB has to take what it can get in terms of witnesses and evidence.

One of the more interesting aspects of the Biogenesis case is the role the MLBPA will take if/when MLB attempts to discipline players. The union has an obligation to protect its members, even when that stance may be unpopular with other union members or in the eyes of the public. Under its former executive director, Don Fehr, the MLBPA aggressively protected the players' personal rights in the area of drug testing and punishment. Of late, the union has been more cooperative in negotiating and administrating the joint drug program in baseball, in large part due to the support of a majority of players. But in spite of the combined efforts of management and the union, PED use remains a reality.

Will baseball ever rid itself of drugs? The answer is an emphatic "No," regardless of how stringent the drug program is or how severe the penalties are. First, one should keep in mind that players are tested several times a year and yet to date, the aforementioned Rodriguez and Braun have "allegedly" failed only one test; A-Rod in 2003 before the drug program was instituted and Braun last year although he was exonerated on a technicality. Testing will expose some cheats, mostly the careless and uninformed, those with limited access to the most current avoidance methods. But cheaters will always be ahead of the testers.

Second, regardless of how severe the penalties are, human nature teaches us that not everyone will be dissuaded. To wit: Murders are still committed in those states that impose the death penalty. Even if the penalty for a first time offender was banishment from the game, as it is for gambling, some players would still use PEDs.

Third, there is so much money at stake the temptation to cheat can be irresistible. Forget fame and ego, money may be the most intoxicating tonic. Hundred million dollar contracts are there for the taking. And if PEDs can help players obtain one of those big money contracts, then the stigma from teammates and their own shame and embarrassment are a price some players are willing to pay.

Don't hold your breath waiting for suspensions to follow MLB's actions. They will be a long time coming, if ever. But that's not the point. Selig has shown that MLB will do whatever it can to clean up the game, even if those efforts will ultimately prove futile.

Jordan Kobritz is a former attorney, CPA, and Minor League Baseball team owner. He is a Professor and Chair of the Sport Management Department at SUNY Cortland and is a contributing author to the Business of Sports Network and maintains the blog: http://sportsbeyondthelines.com. Jordan can be reached at jordan.kobritz@cortland.edu.

Column: Steroids are all too real, even in Selig's fantasyland
Column: Selig no longer the fall guy for steroids
Column: Cat-and-mouse between drug takers, testers keeps going
Column: A-Rod's 'win' against Selig won't hold up in the long run
The biggest villain in MLB's doping scandal is ...