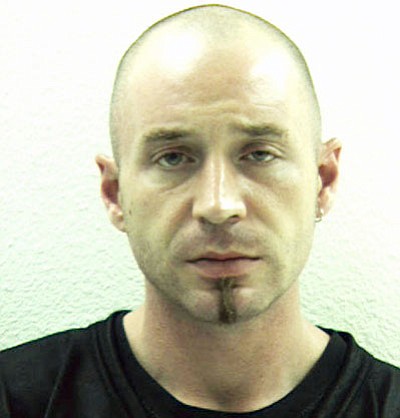 PRESCOTT - A convicted sex offender who pleaded guilty to sexual conduct with a minor, but asked the judge not to impose prison time, was sentenced on Monday to three years.

Stephen Eric Massari, 36, was indicted on four counts after a teenage girl told Prescott Valley police that she had intercourse with him on two occasions and witnessed an incident with another girl.

In June 2012, investigators identified the two girls and interviewed one, a 16-year-old, who told them she had sexual intercourse with Massari on two occasions, and said she witnessed a separate incident involving a 15-year-old girl, Prescott Valley Police Sgt. Brandon Bonney said. The girl alleged that Massari provided alcohol to the girls.

Investigators confronted Massari with the allegations, and he made incriminating statements about his involvement with the victim, Bonney said.

Massari pleaded guilty to two counts of sexual conduct with a minor and one count of luring a minor for sexual exploitation.

Last month, he asked Deputy County Attorney Steve Young for a plea agreement that called for no prison time so he could care for his children. But Young insisted that prison time was necessary.

His attorney, Matt Cochran, said, "Mr. Massari has already paid a pretty big price (for his offenses). Judge (David) Mackey was about to reward Mr. Massari custody of his children... but then he was arrested on these charges."

Cochran said they would instead be adopted by a couple who would allow him to see them.

Massari told Superior Court Judge Tina Ainley, "There's a certain lifestyle... it's called lawlessness. It's easy to get sucked into it.

"I'm not here to talk about my victim in a way that disparages her," he continued. "I want to focus on hope, because it's real.

"I don't deserve mercy, but that's what mercy is - it's undeserved."

Ainley said, "It's actually good to her you say that (about hope)." But, she said, his sex offenses in Maricopa County "tell me this is not an abuse problem. It's an addiction that must be addressed."

She sentenced Massari to 3 years in prison with credit for 325 days served, followed by lifetime sex offender probation, and said he can, in fact, have contact with his children.